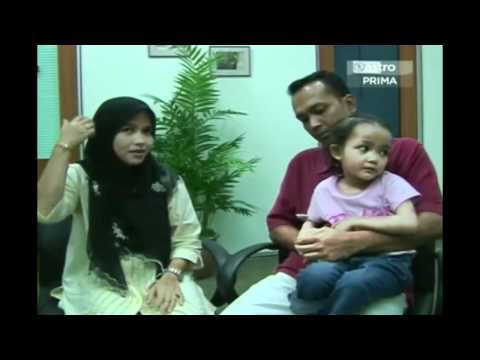 Written by
webadmin
Posted in
Testimonials 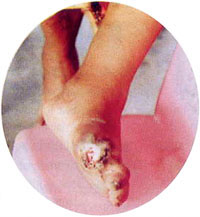 PUAN Halimah has suffered from diabetes for several years and ail efforts and pains were taken to cure that disease but with no encouraging results. A lot of expenses were incurred to cure the discase. It happened when she accidentally kicked a sharp object in front of her house. Her left leg toe started to swell. She consulted several traditional doctors and tried various traditional medicine without success

Unfortunately, her left leg continued to swell further making her movements difficult and restricted. She suffered immense pain when her toe wound worsened. To reduce the pain she took pain killers bought from a nearby shop where she stays. The painkillers were temporarily effective and she was in pain again. Due to the pain she was going through, she consulted a doctor in Selama, Perak. She was advised by the doctor to amputate her toe. However, Puan Halimah had no desire to lose her toe but rather leave it as it was then to be cripple

Puan Halimah was then introduced by someone to Gamat Jelly. At first she had little faith in the product, as to what effect a juice could do to cure her legs. After much convincing from the persont, she decided to try the product. However, after a short period of consuming the Gamat Jelly she noticed changes in her wounds. It dried up the pus on her wounds. It also reduced the swelling of the toe and other parts of her legs. Since then, she began to believe in the product and it is a must for her to consume the Gamat Jelly. Smilingly, she said: “it is a must for me to consume Gamat Jelly or my life is incomolete.

She also wishes to advice others who suffers the same fate to start using Gamat Jelly immediately as it would be foolish not to try something new but rather lose part of their organs.

” like me, I did not believe in the product but after trying it I know of the effectiveness of the Gamat Jelly. It is not because I am trying to promote the product but only trying to help others who suffer the same fate I did”, said Puan Halimah.

Written by
webadmin
Posted in
Testimonials
This young woman was injured in a car accident where glass from the car windows penetrated here skin. After taking product based on sea cucumber (Gamadulin), her skin recovers in only 6 days without any surgery.
Categories
Recent Posts